Hydrangea are wonderful flowering shrubs for most locations around the garden or yard. With so many species and cultivars available, selecting the right one can seem overwhelming. We wanted to break down some of the differences to help make the decision making process easier. The five main species to consider for the St. Louis region are anomala, arborescens, macrophylla, paniculata, and quercifolia.

Native to eastern Asia, anomala is a climbing hydrangea. There are not as many cultivars of anomala in production as the other hydrangea species.

Native to the Eastern United States, arborescens cultivars prefer shade, but can tolerate full sun if the soil can be kept consistently moist. They do not tolerate drought well and will show early signs of stress with their leaves.

These are the cultivars that you think of when people say you can change the bloom color of your hydrangea. Macrophylla bloom color can change based on the pH levels of the soil. Adding aluminum sulfate can make flowers bluer, whereas lime will make flowers pinker for many, but not all cultivars.

Native to the Southeastern United States, the quercifolia cultivars also prefer shade. In addition to magnificent blooms, quercifolia cultivars have some of the best fall color for hydrangea. Depending on cultivar they can stay small and contained around 3’ tall and wide. Two smaller cultivars are ‘Pee Wee’ and ‘Munchkin’. Other cultivars can grow as large as 15’ tall and wide so it is important to know what cultivar is being planted. One of our favorites is ‘Snowflake’ which has beautiful double white flowers. It grows to approximately 4’ – 6’ tall and wide. Some locations may see 8’. 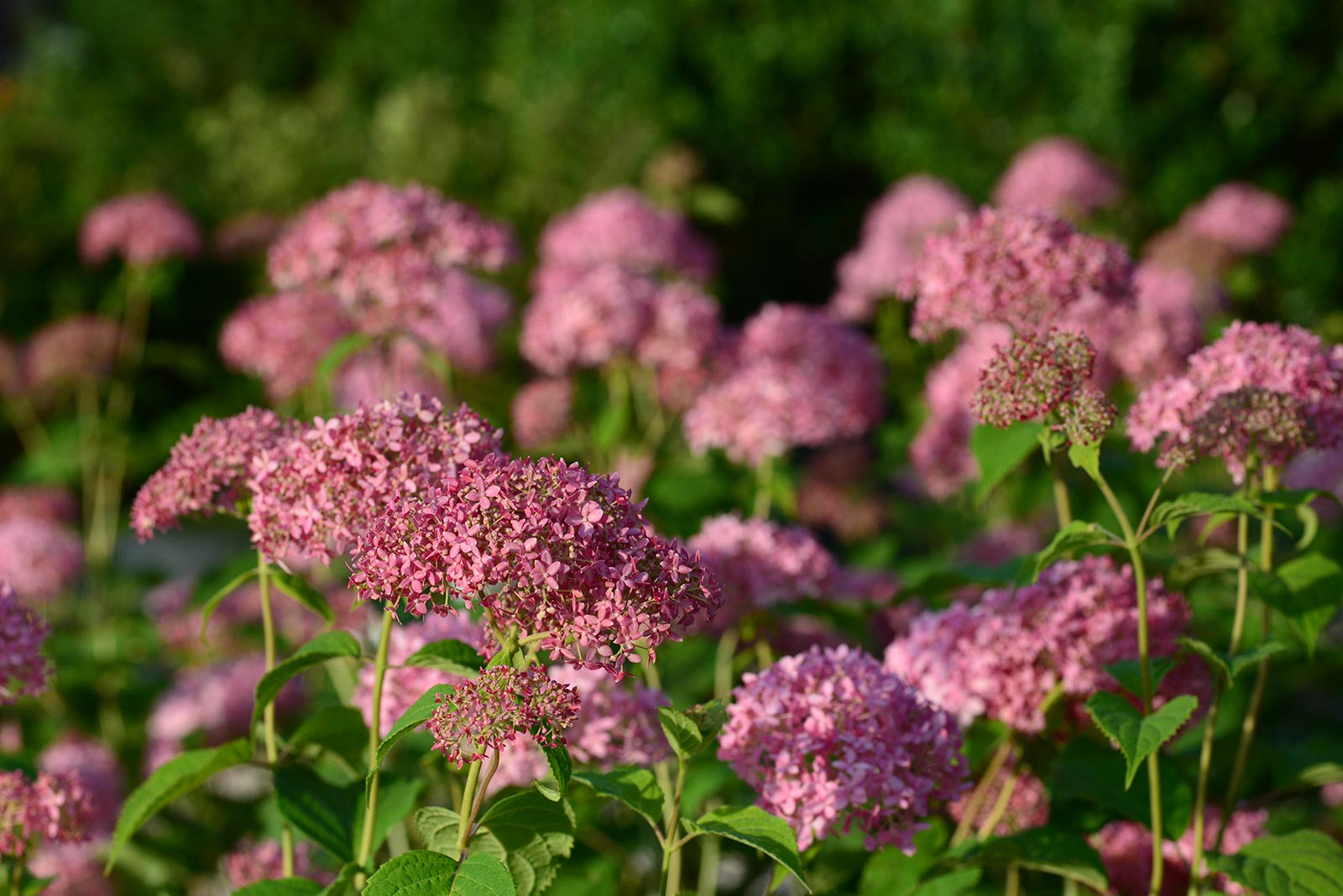 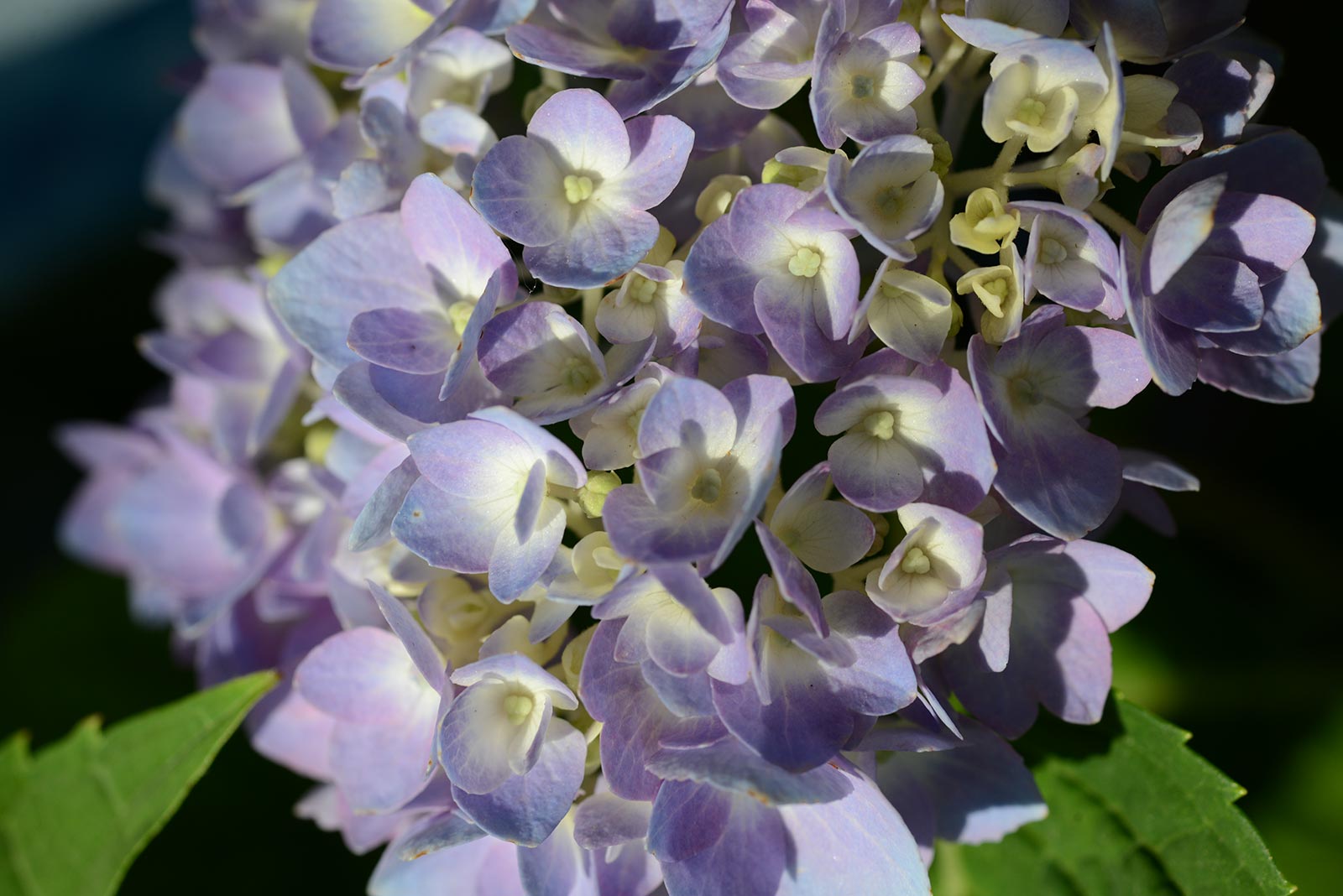 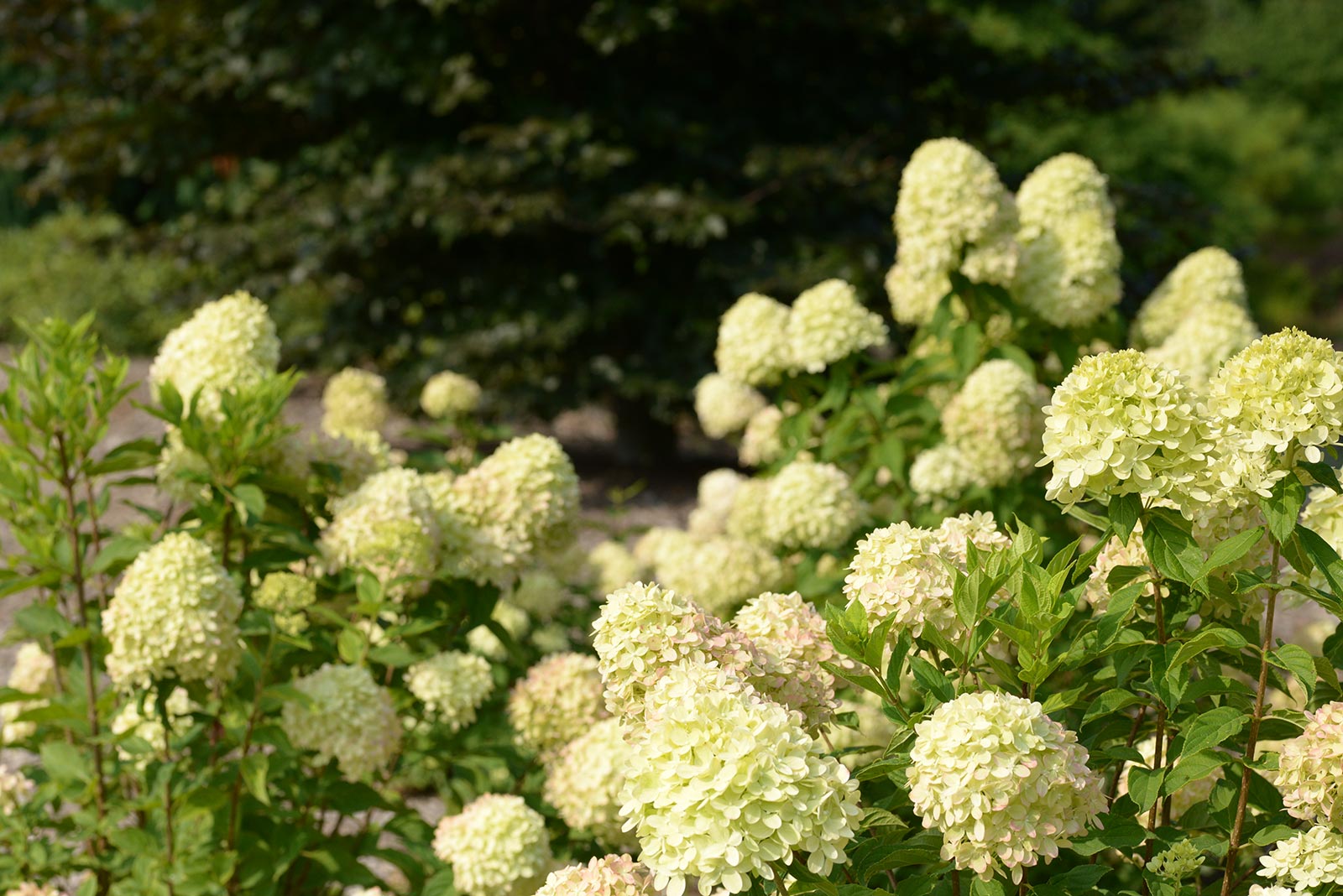 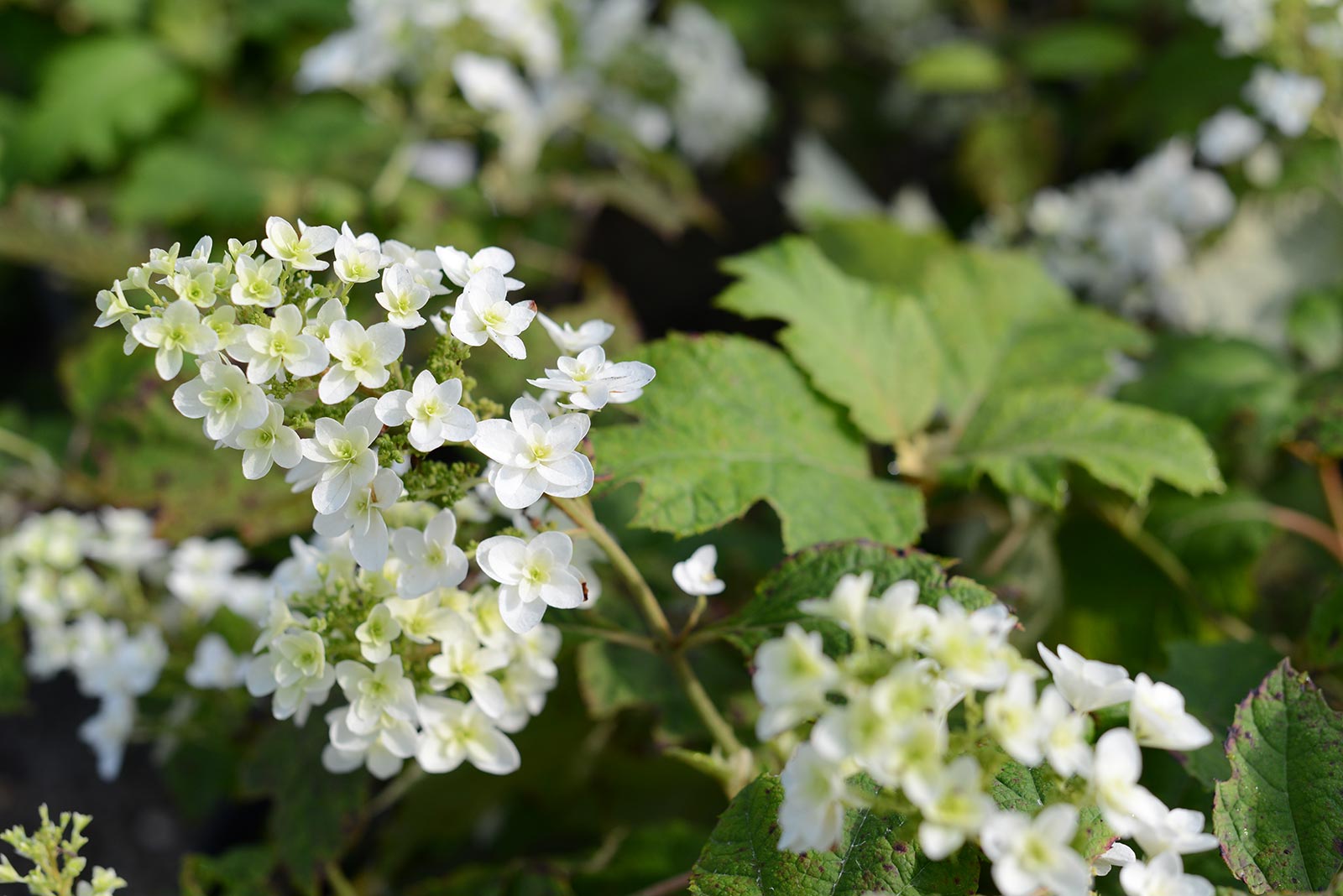 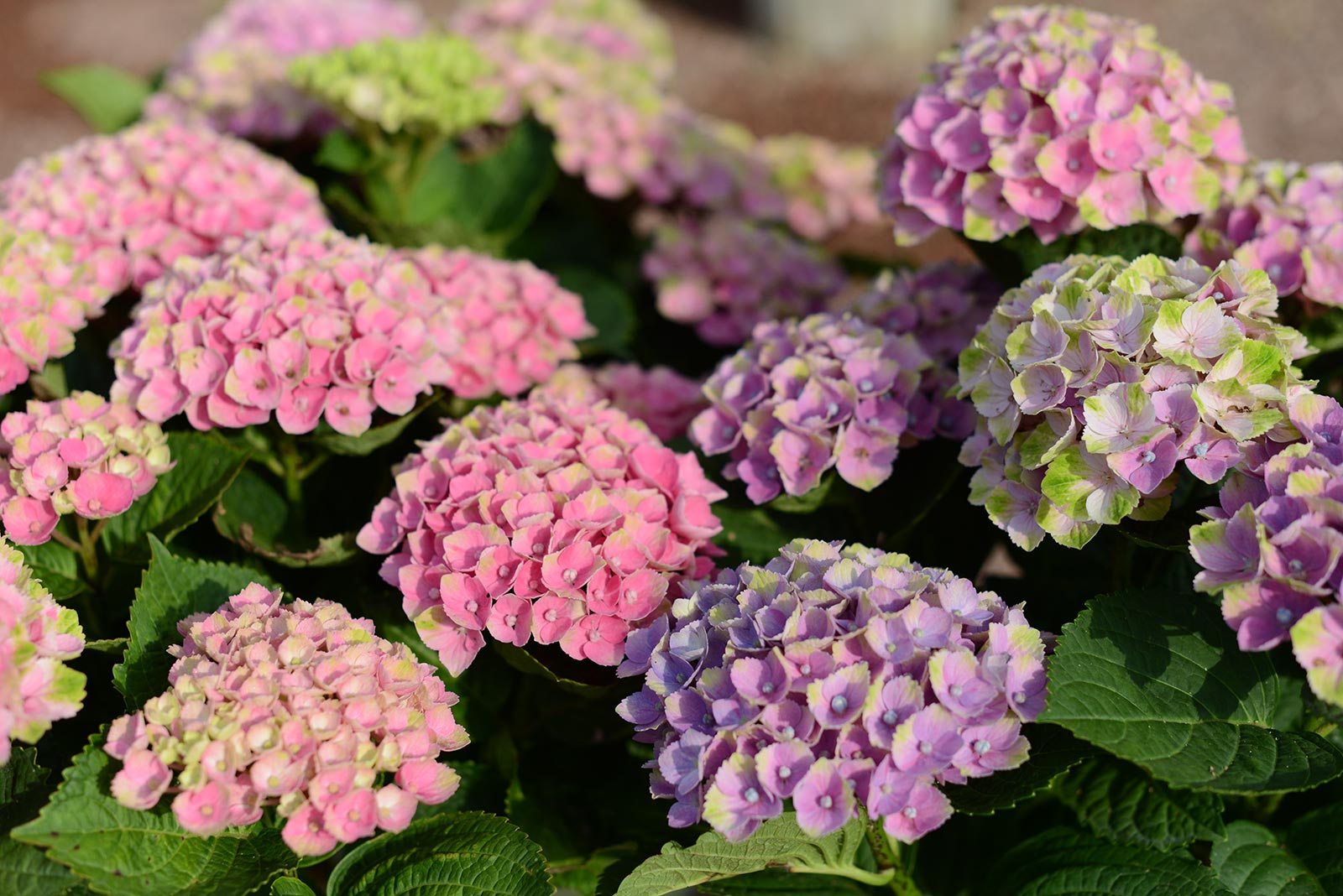